Xolobeni, located in Eastern Cape – a 2,5 hours’ drive South from Durban – is a pristine, beautiful place on earth. Situated on the coast and stretching west with a green hill agricultural landscape between deep gorges, waterfalls and geologically unique rock formations. The area is a biodiversity hotspot, implying a great biodiversity and the home for many plants found nowhere else but here; many of them threatened.

But Xolobeni is also the scene of a deep conflict between foreign as well as governmental interests in mining and the local community’s rights to their ancestral land. The people in Xolobeni have fought for their land for generations until they faced a new threat, the aspiration of the mineral rich land from an Australian mining company, the Transworld Energy, initially a wholly owned subsidiary of the Australian corporation Mineral Commodities (MRC). The proposed project aimed to generate annual revenues of £140m for the 25-year life of the opencast pit, which would have produced zircon, rutile and titanium. 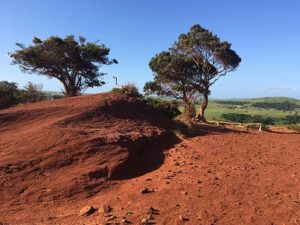 The Minister of Mineral Resources in South Africa, Gwede Mantashe met the community in September last year in a meeting at Xolobeni. The meeting quickly turned into a violent event where police action not only prevented hundreds of community members aligned with the Amadiba Crisis Committee (ACC) from entering the hearing, but violently ejected those who managed to attend its fringes. The movement’s lawyer was also arrested.

However, in November 2018, the Xolobeni people won a landmark legal victory. Their lawyers told the high court that the Department of mineral resources offered a mining concession to the Australian company Transworld Energy and Mineral Resources without the free, prior, informed consent of local residents. The high court ordered the government to get prior community consent before granting mining rights.

Minister Mabuyane welcomed the judgment but made clear his determination to see the mining go ahead. While the court judgment emphasized customary law processes to determine consent, Mabuyane immediately called for a referendum.

It appears a referendum would be pointless – out of 72 households in the planned mining tenement area, 68 signed up as applicants in the court case. But many sources suggest that other people from the region (not Xolobeni people) will be brought in to respond to the referendum, as a way of overruling the will of the Xolobeni residents.

Despite the court ruling and the pending legal appeal process, the minister is now arranging another meeting in Xolobeni tomorrow (16 January) to discuss issues of “economic development” in the area. Mantashe’s consistent line has been that the area is desperately poor and in need of jobs and development – and that mining creates jobs and development. But the claims about the job creation and developmental benefits of mining in Xolobeni have never been backed up by any research or evidence. Rather, the research that has been done has indicated quite the opposite: that mining will not bring more benefits to those living in Amadiba than other options such as supporting local tourism, agriculture and ecological protection. 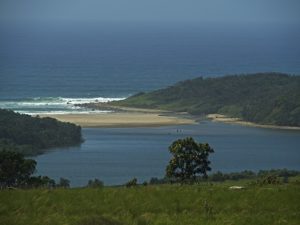 For tomorrow, the community members are tensed and worried since many are afraid of what will happen. Most fear that people from other areas not affected by the proposed mine will be brought to the meeting in order to create a pro-mining majority and in this way undermine the legal victory on prior community consent. Many fear massive police presence and the risk for violence is evident.

This meeting and this conflict poses a number of questions to the South African Government. The government should be held accountable and responsible for what heritage they will give to coming South African generations; short sighted money for a foreign firm and South African businessmen – probably also governmental officials (it is suggested that several have shares in the mining prospect) for at most 25 years, making people currently living in balance with nature and in peace to unknown future in probably much less quality life settlements. Or rescuing and conserving a unique national treasure that could give economic revenues in eco-tourism and sustainable farming for many generations to come? Questions need to be asked about respect for rights and integrity and about transparency and fairness.

We will watch carefully what happens in Xolobeni tomorrow. The outcome will not be left unguarded or uncommented. 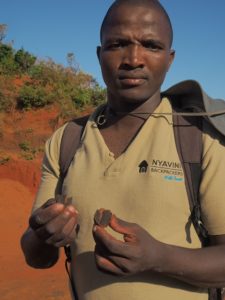